Vicki Escarra and Dave van Niekerk The Hill
20 October 2016
In Africa for example, FinTech provides empowerment, equality and ‘a fight- ing chance’ through financial inclusion, while allowing Opportunity International, its FinTech partner MyBucks, and others, to develop in reach and scale. 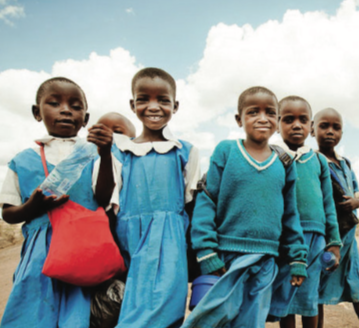 FinTech as a service model is growing in scale at a phenomenal rate, matched only by the tempo of technological breakthroughs that continue to advance the industry. Its success is attracting attention from the investment community in Chicago, a city long a proponent of innovation in the U.S, in Europe, Latin America and also throughout Africa, with Johannesburg serving as a region we at Opportunity In- ternational and MyBucks are proud to call a virtual and often hands-on base of operations.

We now see active participants from within traditional ‘brick and mortar’ institutions ‘jumping ship’ to take part in the finance indus- try‘s quantum leap, with FinTech equivalent of comparing Morse code to telephone.

This dynamic shift in investment and participatory interest is cap- tivating, especially against the backdrop of many more traditional banking institutions presently go- ing through an existential predica- ment of sorts, one often associated with a lack of innovation, a con- servative nature and opaque infra- structure. Indeed these institutions are seen as in need of clear and present philanthropy or a tangible methodology of giving back.

And this shift permeates from the industry of finance to the busi- ness of giving back; to philan- thropy itself.

Policy-makers, economists and global authorities on the sub- ject have begun espousing a new school of thought regarding public or private charitable organizations and their ability to affect lasting change. Unfortunately and all too often, funds from these enterpris- es set to be relegated to pertinent issues such as the alleviation of extreme poverty, gender empow- erment and financial illiteracy (as but examples) are not efficiently reaching their target communities in practice.

This deficit in accountability and social impact occurs for reasons that vary, but nonetheless stirs controversy and perpetuates these global problems. And while leading banking insti- tutions and such charitable en- terprises look to shift gears and re-evaluate approaches in their service offering, the revolution goes on. Recent analytics indicate that FinTech companies are es- timated to capture 17 percent of banking revenues by 2023; this is not-coincidentally happening at a time when American and Europe- an banks are cutting back on the number of physical branches that they offer. Approximately six out of ten long-established institutions have stated that they are interested in partnering with a FinTech pro- vider, on a collaborative basis or through acquisition.

The rationale for this dramatic shift is simple, compelling and one in which we speak from experience – you can be successful in business while also tangibly transforming lives. And while FinTech’s deploy- ment across Africa, for example, is an offering attractive to interna- tional partnerships, the service is also and more importantly, a CSR exercise in and of itself, if under- taken responsibly.

In Africa for example, FinTech pro- vides empowerment, equality and ‘a fighting chance’ through financial inclusion, while allowing Opportuni- ty International, its FinTech partner MyBucks, and others, to develop in reach and scale. And the needs are inherent - Re- search published by McKinsey shows that approximately 2 and a half billion adults worldwide don’t use formal banks or semiformal mi- cro-finance institutions to save or borrow money. Almost 2.2 billion of these adults are in Africa, with many disillusioned as excluded by the traditional financial system and as they are unable to contrib- ute to or benefit from the global financial marketplace due to lack of sheer access. Yet a good majority of these indi- viduals, both affluent and pover- ty-stricken alike, are still able to take advantage of technology’s global penetration and actively dialogue via social media or SMS text in their daily lives. And, with the arrival of solar-powered Wi- Fi hotspots and government or private sector-backed e-libraries bringing greater connectivity, more and more prospective FinTech con- sumers are coming online. However, many users believe that they would still not be able to ben- efit from Financial Technology, as they have never banked before. Fortunately, cutting-edge Artifi- cial Intelligence (A.I.) is correcting this, allowing them to ‘start from scratch’. Credit is granted through A.I. procedures that provide de- tailed background analysis, offering the prospect of building up loan capital incrementally. This service is an endeavor backed by technology yet wholly rooted in goodwill. Certain traditional banks and social enterprises alike have led by exam- ple and taken notice of FinTech’s development and deployment, ac- knowledging the multifaceted pros and limited cons to integrating with providers. They are also attracted to a system that offers a built-in mar- ketplace due to the budding advent and vast dissemination of ‘Big Data’ and its intrinsic philanthropy. These FinTech endeavors provide access to a diverse customer base one cannot always cater to ‘on the sur- face’ – however, these are millions of families, small businesses and rural communities across the con- tinent and each ready to contribute to the global financial sector.

Indeed financial transformation in Africa can come without fine print or ‘customer’ exclusion. The un- banked and under-banked, long denied today near-fundamental ad- mission to financial autonomy, now have tangible and lasting opportu- nities via technology, including re- al-time loans, the provision of insur- ance and virtual bank accounts, as pilot examples. It’s a social onus of responsibility that enterprises such as ours do not nor should not take lightly. For the revolution is already ‘televised’ with regard to the Fin- Tech industry; we aren’t collectively ‘having our moment’; we are to- gether stewarding the moment of the financial service industry on the whole, while committing proudly to an international community pro- gram unlike any other.

The ‘opportunity’ that comes along via partnering with firms like My- Bucks explains the support Op- portunity International is already witnessing from the intrepid in- vestment community in Chicago, in London and around the world.

It also shows that tech can truly transform lives as a force for potent social change, while also being an attractive business model.

Dave Van Niekerk is the Found- er / Chief Executive Officer of the acclaimed MyBucks organization; Vicki Escarra is the Global CEO of the world-renowned Opportunity International non-profit social en- terprise. The views expressed are their own.