Penny Crosman American Banker
28 December 2017
I think it’s where everybody is moving: to create a user experience that’s as flawless as possible and that makes it easy and natural for a customer to get their credit 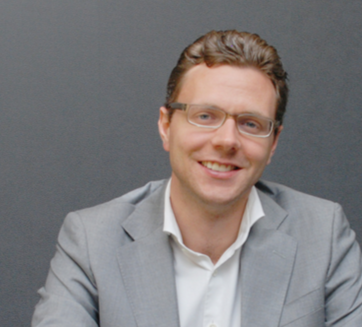 As U.S. banks wrestle with the decision of whether to use artificial intelligence to help calculate credit scores and make loan decisions, a potential role model is MyBucks, a company that’s been doing this for more than a year —and has even begun offering 15-minute, AI-based loans through WhatsApp and Facebook Messenger.

U.S. regulators have signaled a will- ingness to accept banks’ use of AI in lending. And the evidence so far, at least in MyBucks’ case, shows that AI can improve credit quality and reduce defaults.

How the Haraka app works

MyBucks’ Haraka app, which is now offered in Zimbabwe, Ugan- da, Swaziland and Kenya, and in early 2018 is expected to be intro- duced in the Philippines and India, can score a customer within two minutes. The customer downloads the app from the Android store; MyBucks pays for that download through reverse billing, so even customers who are broke can still access the app. The app then asks for permission to scrape the phone for data, including text messages, call-history patterns and geolocation information.

The information can be very use- ful. For example, the text mes- sages of heavy users of mobile payment programs like M-Pesa contain all their mobile money transaction verifications.

“That gives us insight into custom- ers’ income and expenses,” said Tim Nuy, deputy CEO at MyBucks. “We see any payments in and out of that person’s account.”

“I think it’s where everybody is moving: to create a user experience that’s as flawless as possible and that makes it easy and natural for a customer to get their credit,” says Tim Nuy, deputy CEO at MyBucks. Customers also log into their social media accounts from the app to help MyBucks verify their identities: The company compares the appli- cant’s social media feed against the information in their mobile wallet. “We look at behavioral traits,” Nuy said. “Very active social media ac- counts are likely to be real people, and we make sure the information on the cellphone and the social me- dia account tie together.”

Can MyBucks obtain a complete picture of a person’s financial situa- tion from that phone-scraping?

“The reality in an emerging market is that it’s never perfect, but at the end of the day you need to make a judgment call,” Nuy said. “People have the option of simply deleting their messages and expenses, in which case we wouldn’t get a full picture. But we get a full enough picture to grant a loan with a de- fault rate that’s acceptable to us.”

The bank starts with very small loans. A first loan to new custom- ers might be a mere ten euros. If such borrowers successfully repay, they will qualify for a larger loan the second time. The returns made on those repeater loans make up for the slightly higher default rate — around 20% — on the first loans.

MyBucks charges a low interest rate for Haraka loans, but its processing and mobile money disbursement fees add up to a 20% average cost per loan. It makes 10,000 to 20,000 Haraka loans a month, for a total of about 200,000 in the past year.

“Haraka has been one of our bigger successes, particularly because it allows us to do loan applications at a smaller size more profitably, and it allows us to give people who are otherwise unable to secure finan- cial services access to that initial loan,” Nuy said.

During the year, Haraka’s AI engine has improved significantly by ana- lyzing defaults. “It’s mainly refining how it reads mobile money wallets, what transactions to include and exclude —do high volumes of trans- actions indicate creditworthiness?” Nuy said.

The default rate for Haraka loans has dropped from more than 30% to less than 12%. Across all its loan products, MyBucks’ default rate is 7%.

The company plans to bring Hara- ka to Mozambique and Botswa- na, Australia, Indonesia, Myanmar, Vietnam, and Cambodia.“Our view is that this has global applicability in emerging markets, particularly markets with a high penetration of smartphones,” Nuy said. The fact that some countries, including Zim- babwe and Myanmar, are in turmoil has not affected MyBucks.

“We’ve done extremely well in Zim- babwe, because we’re one of the lenders that’s been there from the beginning and have been serving people through difficult times,” Nuy said. “People who live in these countries want a politically stable situation and access to fi- nancial services.”

In addition to the very small Hara- ka loans in emerging markets, My- Bucks also makes more traditional loans in mature markets like South Africa. It pulls credit reports and verifies income and employment, yet it also uses AI and lends over mobile devices. It offers checking and savings accounts as well as loans. “Having a bundled offering is an attractive part of the compa- ny’s business model,” noted Craig Focardi, senior analyst at Celent. “They can acquire low-cost depos- its from some customers and lend them out to others.”

This is a more sustainable fintech model than some of the challenger banks in U.S. and Europe that offer mobile checking and savings ac- counts but not loans, he said. My- Bucks began offering loans through a chatbot in WhatsApp and Face- book Messenger in October — just to South Africans so far. The entire loan process and customer service queries are handled through the bot, so customers do not have to download an app.

Behind the scenes, MyBucks pulls the applicants’ credit report and obtains their three latest monthly bank statements (which it feeds to the AI engine). It sends the funds to customers’ bank accounts or e-wal- lets within 15 minutes.

“I think it’s where everybody is moving: to create a user experi- ence that’s as flawless as possible and that makes it easy and natural for a customer to get their credit,” Nuy said.