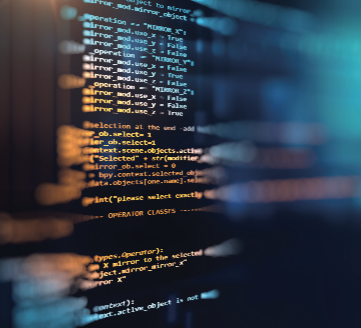 Established banking and mobile phone companies are competing alongside specialist start-ups to become leaders in fintech, a market that has vast potential for growth, especially in Africa.

For financial technology (fintech), the time is now. Africa’s expanding economies and untapped consum- er markets have combined with the falling cost of mobile phones and increased connectivity to make fin- tech one of the continent’s most dynamic sectors.

Consumers with limited access to traditional banking have seized the opportunity to manage their money, make transfers and depos- its, pay bills and purchase airtime through their mobile phones.

MTN and Vodafone (and its South African subsidiary Vodacom) are among the mobile operators to have moved into fintech, the lat- ter through M-Pesa, the service launched in Kenya in 2007 which has spread to other African, Asian and Eastern European nations in the intervening years.

French telecoms giant Orange has also heeded these developments, launching Orange Money in Ivory Coast in 2008 and applying for fur- ther mobile money licenses in West Africa earlier this year, setting up a compliance centre in Abidjan, Ivory Coast, to support its operations.

The demand for mobile banking services and proliferation of phone technology makes it possible to grow a customer base in fintech quicker than in other sectors, says Roger Tym, a commercial and re- tail banking partner with Hogan Lovells in London.

“Fintech has reduced that time sig- nificantly, because of the ease of getting to a lot of customers very quickly, [and] people wanting to live their lives more through their mobile phones. Once you have got your app developed and it works, you can get it out to many people very quickly, so that something that has been one of the biggest hurdles is being reduced signifi- cantly by fintech developments.”

That is not unique to Africa. But what makes the continent a prime opportunity is that its potential is relatively untapped. “It is about timing. Africa is at the right point now where access to the internet is becoming more freely available, although at a premium cost,” says Dave van Niekerk, chief executive of African fintech operator MyBucks. “[As] the penetration of smart phones over the next three to five years increases on the con- tinent, you are able to do more and more with people who have traditionally not had access to the traditional financial services sphere.”

In other, more developed, markets, traditional banks still dominate, having built digital technology on top of their existing infrastructure of ATMs, branches and offices.

However, in Africa, much of that infrastructure does not exist, an obstacle to the old model of busi- ness, but with technology becom- ing cheaper and connectivity im- proving, an opportunity to forge a new path, which in countries like the US and UK “would disrupt the traditional banking players”, says van Niekerk.

“In Africa you are not really disrupting the traditional players, you are offering stuff that was never offered before because the banks could not really offer that product line cost-effectively to the majority of the population.”

In this respect, Africa may be showing the rest of the world what the future of retail banking looks like: “If you were to start a bank now, you would immediately go to mobile payments, you wouldn’t even put down an ATM network. Historical- ly you had to do that and now it is very difficult, after spending all that money, to transition to the new way of doing things,” he says.

The cost of infrastructure means the low margins in dealing with small amounts of money for individ- uals or small businesses are barely worthwhile for traditional banking. “You battle to service that through traditional mechanisms and cost structures, you need to do that us- ing technology,” says van Niekerk, who sees the distance as an advan- tage, “because people would rather go online”.

Mobile phone networks are approaching the business from a different angle and may be better positioned to make the leap, however van Niekerk believes that their offering is also limited: “The mobile network operators and even the banks are saying they are going to go fintech. But what they really of- fer is only one piece of the solution.”

He argues that they have mostly offered mobile wallets so far – a useful product, given that Africa is dominated by cash economies and only accounted for 1.7% of glob- al credit card transactions in 2015, they need to go further: “You need a way to get that customer into the mainstream financial services, which includes the mobile wallet, but also enables you to use credit scoring on the person to determine that credit.”

Van Niekerk splits his time between MyBucks’ Luxembourg headquar- ters and Johannesburg IT and sup- port operation. He describes the company as “an integrator”, which offers mobile banking services to between 50 and 60,000 consum- ers a month, in 12 African coun- tries including South Africa, Kenya, Zambia, Botswana, Uganda and Tanzania, and works with mobile network operators, including Air- tel, M-Pesa and Ecocash, banks and credit bureaus.

Despite these opportunities, suc- cess is not guaranteed. Africa pres- ents 54 different markets, each with distinct characteristics and chal- lenges, particularly when operating in the middle ground between fi- nancial services and mobile phones, two highly-regulated sectors.

“You can’t just transport a model from one country to another and expect it to work the same way, there are just different challenges in each country,” says Tym, particular- ly the differing regulations. Getting the relevant licenses can often be a struggle, he explains: “In areas like licensing and standards of consum- er protection, there are very differ- ent approaches in different jurisdic- tions and that makes it difficult to adopt a common operating model.”

In some cases, the regulation has not kept pace with the rate of tech- nological development, negating some of the speed and flexibility inherent in fintech. “There are still countries in Africa that don’t allow electronic contracting,” Van Niekerk elaborates, “they still expect a pa- per trail, which makes it extremely difficult to service that segment of the market, and there isn’t regula- tion enabling a fintech industry.”

Whereas a country like Kenya has endorsed and supported the use of fintech, he says, “many countries are not even playing catch-up”