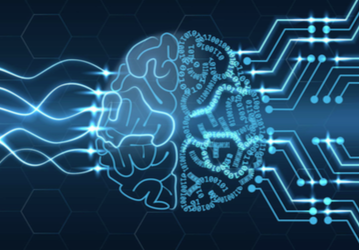 Financial technology or FinTech, like any industry with such a strong focus on providing more intuitive deliverables to its con- sumer base, is in a constant state of growth. For Luxembourg-based MyBucks, these evolutions simply represent more and more opportunity.

While MyBucks is currently listed on the Frankfurt Exchange, oper- ating across Africa and Asia Pacif- ic while at the same time actively promoting its portfolio at forums such as the European Microfinance Awards (2017 Financial Inclusion Award Winner) and at the Ameri- can Banker Digital Banking Sum- mit, it’s clear that their growth so too reflects the industry. The brand foresees continued expansion into new markets, established and ex- citingly emerging on the immedi- ate horizon.

“Ultimately, yes, we are viewing expansion into the US as critical”,” said MyBucks Founder and Exec- utive Chairman Dave Van Niekerk. “We have invested a lot into our technology and its application is very important in banking the un- banked and underserved in Africa and far beyond.”

While a foray into the United States market has not taken place as of yet, it certainly helps MyBucks’ prospects by having such a great foothold seemingly everywhere else; hosting a malleability to install their operation where most recep- tive.

And their portfolio expands to meet the market need. Currently, MyBucks is spear-heading a pilot program with the intent to distrib- ute free smartphones in certain markets in Sub-Saharan Africa, which is an ambitious effort from end to end. Said Van Niekerk: “Less than ten percent of peo- ple in the regions where we have launched our smartphone initiative have access to these mobile tech- nologies and the financial support that we provide. Many countries are currently attempting to facili- tate supply to meet this demand, especially in southern and eastern Africa. We are also focusing our energies on more of the english re- gions to the west of the continent, as we expand.”

While the proliferation of mobile devices across parts of the African continent is forward-thinking, My- Bucks has long been engaged in one of the world’s most intriguing technologies to accomplish their goal of banking the unbanked in the digital space, via cutting edge artificial intelligence or AI.